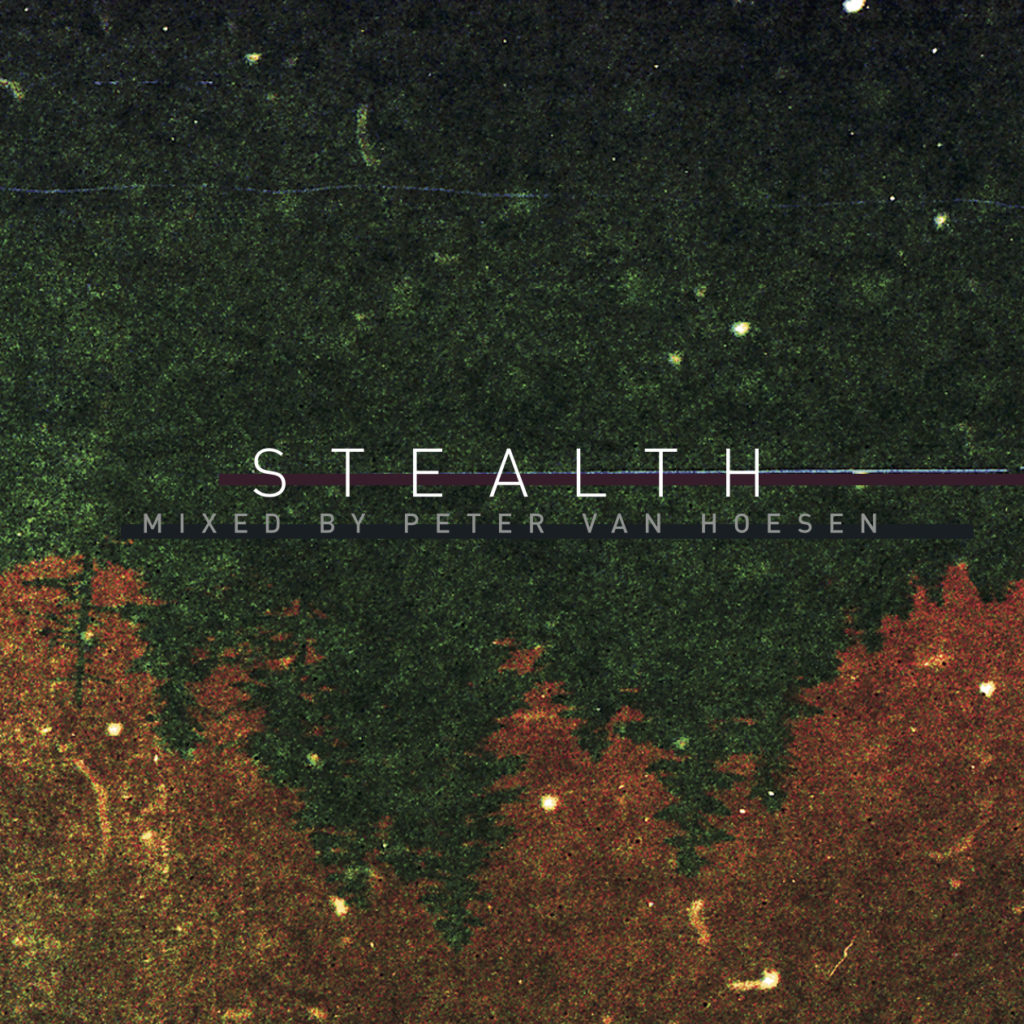 Stealth is a special compilation selected and mixed by Peter Van Hoesen. The fourteen track album pulls together his own exclusive material along with previously unreleased tracks from his closest musical peers. It was presented in the form of three EPs (both on vinyl and digital), a digital download as well as a special mix CD exclusively available at selected events.

The idea here was to combine a mix album with an artist album; to marry his own music with the sounds he is influenced by. The cultured likes of Voices from the Lake, Mike Parker, Yves De Mey and Imaginary Softwoods, amongst others, all make the cut. “I believe less and less in the artist as a solo subject, whereby the ego of the artist seems to be the driving force,” he explains of the thinking behind this project. “On the contrary, I think we exist within a multitude of connections, who we are is as much defined by who is around us. Stealth is a little reminder of that.”

Originally Peter Van Hoesen intended to edit and remix the tracks he was sent from friends, but instead he allows them to play out in full as they knit with his own style so perfectly. The Time To Express boss here offers us a perfect window into his current musical world. It is one where there is a keen and streamlined focus on trance inducing percussive patterns (especially on his own contributions) and is where techno takes on a spiritual, otherworldly form that truly consumes your mind.

Stealth was released in November 2015 on Time To Express. For more info and download options please visit the Stealth Bandcamp page or check the player below.