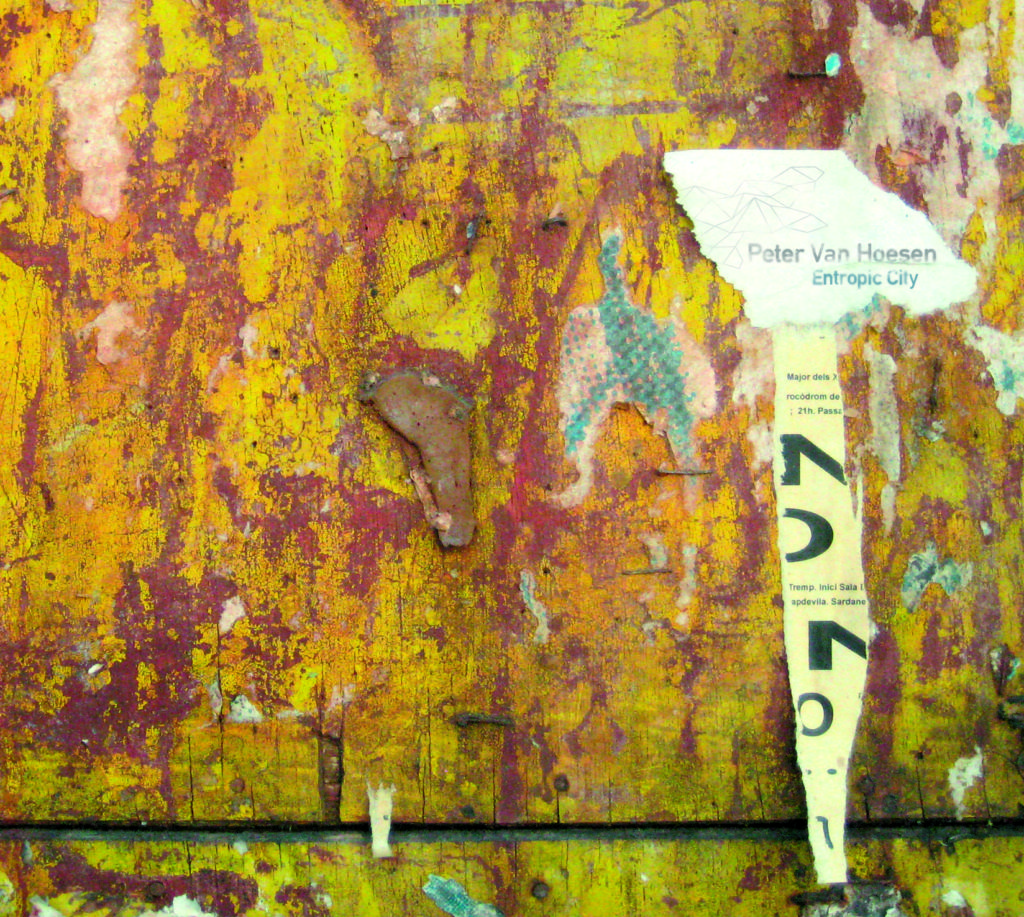 Entropic City is Peter Van Hoesen’s first techno solo album. It was released in March 2010 on Time To Express.

The album was received to great acclaim. It was present in many end-of-year lists as one of the most influential techno full-lengths of that year, defining a specific aesthetic.

“… Entropic City is amongst techno’s most compelling stories to date.” (Resident Advisor)

“… an exemplary album from one of the most vital voices in techno today.” (Little White Earbuds)

“Van Hoesen’s tracks crackle and spark together, as if they’ve been pulled beyond human control.” (Fact)

For more info and download options please visit the Entropic City Bandcamp page or check the player below.