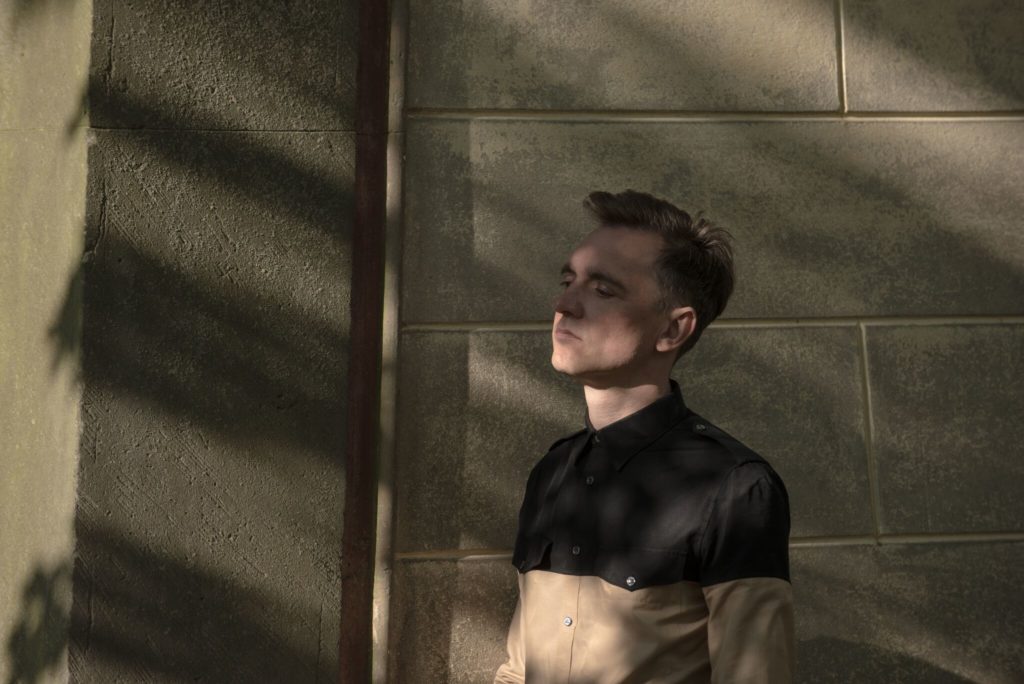 Peter van Hoesen grew up in Antwerp. He attended music academy between the ages of 11 and 14 and in those years started playing the electronic organ, then bass guitar and guitar. He was a member of several bands and played bass and keys. Leaving Antwerp for Brussels aged 18, Van Hoesen went to Vrije Universiteit Brussel to study for a Masters in Communication Sciences.

Growing up around the time of EBM’s peak popularity in Belgium, it was this and New Beat that first excited him. A first club experience came during his teenage years and inspired him to get into techno and DJing. He also started putting on his own techno events while at University and got ever more involved with the Brussels’s scene.
Attending seminal clubs like Fuse in its early years, he grew bored of techno by the year 2000 and began researching other forms of music in earnest. At this time he was also developing the Foton collective, dived deep into experimental music and released a first album under his Object alias, 2001’s Release the Object. In 2002 he released 1025 as RM, a collaborative alias with Jeroen Baekelandt.

Around 2004 Van Hoesen expanded his experimental interests and started exploring drum and bass and later on dubstep. He co-organised one of the first Belgian dubstep events with Mutant Hip Hop in 2005. In 2006 he returned to techno with the release of the Increments EP.

Throughout his career, Van Hoesen has launched labels like Foton, which ran from 1998 to 2006, Time To Express in 2008, and was co-founder of Archives Intérieures in 2013.

He also collaborates with Yves De Mey as Sendai, composing music which focusses on fragmented rhythms and contemporary sound exploration. They have released albums such as Geotope in 2012, A Smaller Divide in 2014 and Ground and Figure on Editions Mego in 2016.
As such, he has produced various styles of music, but is best known for his bass-heavy, abstract take on techno. He has remixed a varied selection of artists such as Atom™, Austra, Mount Kimbie, Bee Mask, Lucy, Psyk, Tobias Freund, Exercise One, Darko Esser, Marco Shuttle, AWB, Traversable Wormhole and Ed Rush, amongst many others.

Van Hoesen is also a composer who has made music for Zoo/Thomas Hauert’s contemporary dance company in the form of Accords and You’ve Changed, which was composed in 7.1 Surround Sound. He has done composition and programming for Bent Object: In Human Format and Winning, composed the tracks for Terrene with Heleen Blanken and has curated and produced art installations and multi-disciplinary festivals with the Foton collective. His latest surround composition Adaptive Enquiry Nr. 1, a collaborative work with Heleen Blanken, was commissioned by ISM Berlin and featured a 52-channel sound piece accompanied by Blanken’s stunning surround visuals. It was presented at Martin Gropius Bau Berlin, The Grey Area Festival San Francisco, MUTEK Montreal and the Massachusetts Museum of Contemporary Art.

in 2019 Van Hoesen was commissioned by Sony Japan to compose a new piece for Sony’s 360 Reality Audo surround sound format. This new piece was premiered in Tokyo on December 26 2019.

As a live performer Van Hoesen has played at key venues and festivals across Europe, North and South America, Australia and Asia.

In 2010 he moved from Brussels to Berlin. Since then he has expanded his activities into producing and mixing other artists.

In 2020 he rebooted his solo audiovisual creative work. Additionally he continues to collaborate with Heleen Blanken, further exploring the potentialities of Adaptive Enquiry #1.

Peter Van Hoesen is represented by Octopus Agents in Amsterdam.